I have been a fan of shared world fiction for as long as I can remember.  Some of the first books I bought from TSR where the Endless Quest books (Mountain of Mirrors, Dungeon of Dread, Pillars of Pentegarn, to name a few)

.  These were during my elementary school days playing TSR’s Dungeon and lusting over the red box Basic set.  Soon after moving from the blue box Expert set and into Advanced Dungeons & Dragons Advanced rules I stumbled upon the Gord the Rogue series by Gary Gygax.  That was my first real foray into shared world fiction and I never looked back.  I loved reading the fight scenes and recognizing the magic items and spells.  I incorporated the descriptions of monsters and spell casting into my campaigns and the group loved it. I then moved on to the Dragonlance books and reveled in my numerous trips to Kyrnn, longing to read more of Raistlin and company.

Fast forward a few years later.  My gaming group had disbanded as we went our separate ways to college, and I was still devouring all the fantasy I could find (Tolkien, Brooks, Moorcock, Weis and Hickman).   I was perusing the shelves at my local bookshelf and stumbled across Homeland, book one of the Dark Elf series.

The term “Dark Elf” resonated with me and I noticed it was published by TSR and carried the “Forgotten Realms” logo.  I was vaguely familiar with the name Forgotten Realms through my DnD group but we never played there, we had our own homegrown world that we had played in for several years.  Reading that book was a life changing moment, not only because I was introduced to R.A. Salvatore and his amazing character Drizzt, but because I had stepped foot on new soil, I had arrived in Faerun.   This was before the days of Amazon and I had now idea how many books were published in the Forgotten Realms but I made it my mission to track them down.  I found catalogs, I had bookstores order new titles, and I frequented used bookstores looking for anything with the Forgotten Realms logo.  Even though I was no longer playing DnD with my group, I started picking up Forgotten Realms source books such as; the Forgotten Realms Campaign set, The Seven Sisters, The Code of the Harpers, Players Guide to the Forgotten Realms, and the Elves of Evermeet, to name a few.

I traveled the Dalelands, crept through the caverns of the Underdark and gazed upon the terrible wonder of Menzoberranzen, traipsed through the jungles of Chult, ran screaming from the undead horrors of Thay, walked the streets of the incredible city of Waterdeep, and so many, many other places .  I reveled in Ed Greenwood’s creation, I was home.

There are so many fantastic authors that have written books set in the Forgotten Realms.  Authors like Paul S. Kemp, R.A. Salvatore, Elaine Cunningham, Troy Denning, Erik Scott deBie, James P. Davis, Rosemary Jones, Richard Lee Byers, Richard Baker, Bruce R. Cordell, James Lowder, Erin Evans, Jaleigh Johnson, and the father and creator of the Realms, Ed Greenwood.  There are so many, many others. Please forgive me for any I did not list here.  Every author that has written in the Forgotten Realms has left their mark in the realms and made it the marvelous world it is.

Here are a few of the books/series that I suggest. 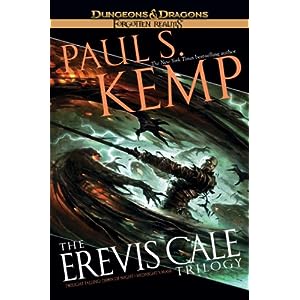 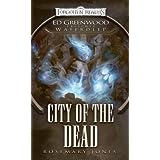 This is by no means an exhaustive list, just a starting point.  There are many, many great books written in the Forgotten Realms by incredible authors that stand toe-to-toe with any speculative fiction author out there.

If you look at my reviews you will see that the bulk of them are of books published by Wizards of the Coast.  This will not change as they publish the kind of books I like to read  in worlds that I have come to call home.  Some people still have a dim view of shared world fiction, citing that, at some point they read a book they did not like written in a shared world, and apply this generalization to all shared world fiction.  Are there some Forgotten Realms books that are better than others?  I would would turn around and ask this question of all speculative fiction.  Are there some books in the fantasy genre that are better than others?  In the end it all boils down to what you enjoy reading.  Read and share, put misconceptions aside, and give something from the Forgotten Realms a try.  I think you’ll like it.

In closing, I would like to say thank you, first to Ed Greenwood for creating and continually growing the Forgotten Realms, and second, to ALL the authors who have added their own personal touch to the Realms and make it such a wonderful place to come back to again and again.  Faerun, I am home.

PS – If Faerun is my home, then Eberron is my summer vacation spot.  I have recently been introduced to this fantasy noir setting by such incredibly talented writers like Marsheila Rockwell, Jeff LaSala, and Paul Crilley and can’t wait to read more in this world.  Be on the lookout for a post about Eberron soon.