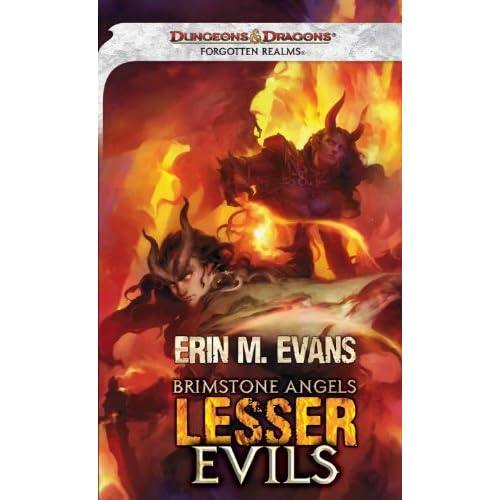 Mere weeks after escaping Neverwinter, Farideh’s dreams are still haunted by Lorcan, the cambion devil whose power fuels her own. One of only four known descendents of the original Brimstone Angel, Farideh has no regrets about the pact she made with the devil. But no one in the Hells knows that she has a twin—an impulsive eager sister, just waiting to be corrupted. At least as long as Lorcan can keep her secret. Determined to protect her sister, Farideh searches for a ritual that could call Lorcan out of the Hells. But in the midst of her hunt, she’s drawn into an assignment for the secret society the Harpers, an assignment which leads her and a ragtag group of allies to an ancient Netherese library deep underground. While the group combs the site, dodging ghosts and magical traps, Farideh discovers a magical book whose pronouncements throw into question everything she thought she knew about herself and her sister. The more the Book gives up its macabre secrets, the more one thing becomes clear—a traitor lurks among them.

Today is the release day of Lesser Evils, the lastest Forgotten Realms book from Wizards of the Coast.  I have been hooked on Erin M. Evans writing since her Forgotten Realms debut of The God Catcher.  Lesser Evils is the sequel to Brimstone Angels where we were introduced to the tiefling sisters, Farideh and Havilar, and the enigmatic Lorcan.  I am looking forward to reading this one!