Something very strange is happening in LeHorn’s Hollow…
Eerie, piping music is heard late at night, and mysterious fires have been spotted deep in the woods. Women are vanishing without a trace overnight, leaving behind husbands and families.
When up-and-coming novelist Adam Senft stumbles upon an unearthly scene, it plunges him and the entire town into an ancient nightmare. Folks say the woods in LeHorn’s Hollow are haunted, but what waits there is far worse than any ghost. It has been summoned…and now it demands to be satisfied. 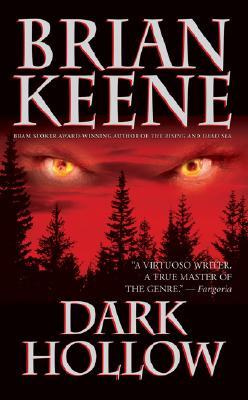 I never really considered myself a horror fan until I started reading Brian Keene‘s work. Sure, I had read a few Stephen King books and enjoyed them but never really considered a true fan of the genre. I just stood at the edge of the pool and occasionally dipped my toe in. Brian Keene changed all that. I read The Girl on the Glider a few years back and it sparked something in me, something that I had not found in other books in the genre. I am not exactly sure what it is, maybe it is the way that he details the main characters daily routine, getting the reader comfortable and then suddenly jerking the carpet out from under both the characters and the reader. Nothing will ever be the same.

I really like the world building. You have our normal, everyday world, one in which we feel safe, but there is something else out there. Something monstrous, alien, and eternal. The only thing holding this darkness at bay are a handful of people.

The characters are likable and easy to relate to. I wish I had the relationship with my neighbors that Adam has with his.

I want to read the sequel, Ghost Walk, because I want to know what happened to Adam. The ending while chilling gives closure, but hints at more to come.